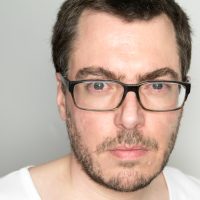 Thalhofer started in 1997 to make use of computers for sense-making through storytelling. That led him to the development of the Korsakow-System, a software and a principle for a new way of structuring narrations. These narrations are rule-based, non-linear and (usually) interactive. Thalhofer made numerous Korsakow-films and one linear film that was broadcasted on TV and forgotten soon after. He taught at the University of the Arts, Berlin, at DFFB and at Deutsches Literatur Institut, Leipzig and gave talks and lectures on every continent except Australia. He worked in the newsroom of international news broadcaster as an image-guy for more than 20 years. He is currently research assistant at HSLU (Lucerne University of Applied Sciences and Arts, CH) within a project that researches interactive documentary and doing a practice practice based PhD at UWE (University of the West of England, UK). 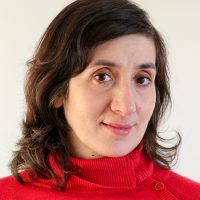 Elissavet is partner in life of Florian Thalhofer and collaborated in a number of projects with him in the past. She is the co-author of GELD.GR. Elissavet is the logistical and organizational mind in the Korsakow Team. Elissavet also practices as a body therapist and an alternative healer at Zsoma. 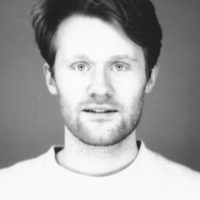 Jasper Eikmeier is a designer and maker living in Berlin.

He is a graduate of the Design Academy Eindhoven. After obtaining his BA in communication design he is now working on portraying analog craft, most recently by redesigning  the afghan box camera with his Boxolab project. At Korsakow Jasper works on engaging the community and asking difficult questions. 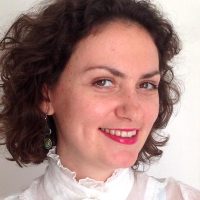 Masha Chelova is an interdisciplinary researcher and performer living in Berlin.

She had recently completed web-series interviewing Nobel Prize winners in Economics. Masha drew on her academic expertise in Economics (BA) and Political Science (PhD) and dance to perform in Tino Sehgal’s This is exchange (2002) in Akademie der Künste in 2014. She joined the Korsakow team in 2016 to assist with fundraising and communication. 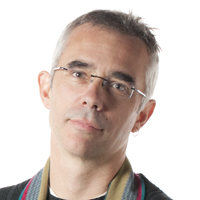 Matt Soar is a graphic designer, intermedia artist, and associate professor of communication studies at Concordia University in Montreal.

He is co-director of Adventures in Research/Creation (www.a-r-c.ca) and collaborates with Florian on the continuing development of the Korsakow System. (Alas, it took him five years to realize the significance of the Korsakow user interface not having a timeline in it.) Matt sees Korsakow as a vital tool for 21st Century storytellers, many of whom aren’t programmers. 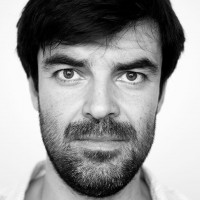 Lefteris Fylaktos is a documentary filmmaker living in Athens.

Lefteris is documentary filmmaker living in Athens, Greece and currently working as a documentary specialist at the Greek Programming Department of the Greek Public Broadcaster ERT SA, responsible for documentary acquisitions and programming. He is also a member of ERT’s International Co-Production Committee and the National Coordinator for INPUT – International Public TV Organization – Greece. He has been active since 1997 in the conception and production of audio-visual content as Television Director, Independent Documentary Filmmaker and Freelance Producer. His expertise includes several award-winning documentaries and video projects for public, private and international organizations. He has served as jury and delegate for media organizations such as INPUT, Prix-Europa, Asterfest, and the Balkan Documentary Center and recently completed an MA in Visual and Media Anthropology at Freie Universität Berlin. He joined the Korsakow Team in 2012.