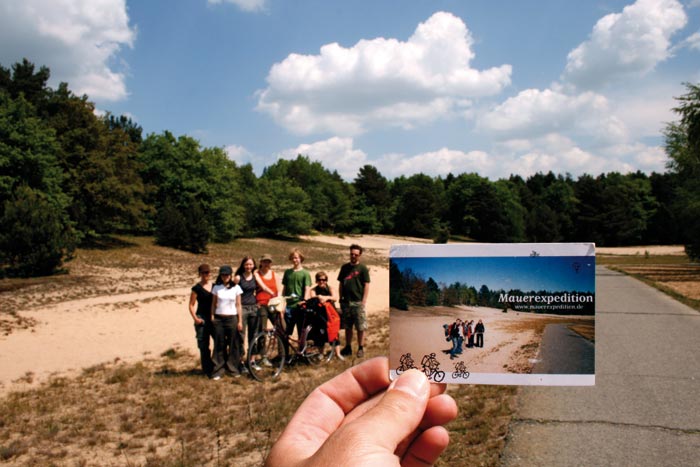 The wall is gone… and only experts are still able to retrace the exact course of the wall, which is now a cycle track. In spring 2008 (and again in 2009) Media artist Florian Thalhofer started together with young teenagers from Berlin on a bicycle tour along the line of the border, to discover the former Western Berlin. 6 days, almost 160 km far. They conducted interviews with people they met on their journey. Although except for a few remains the wall has disappeared, for most of the people they‘ve been talking to, it still exists in their memories.

What is there today where once the wall was standing? How was life next to and with the wall? And who was locked: the Eastern or Western inhabitants?

Taking from the material produced by the participants and himself, Florian Thalhofer created two Korsakow-Films: